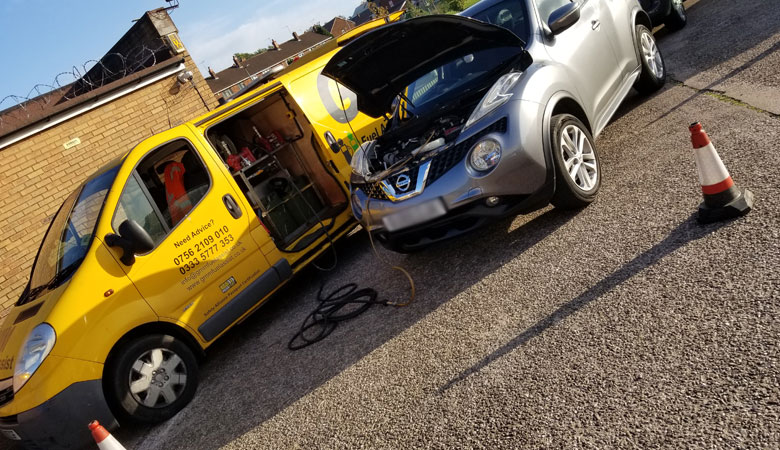 How do you get over by situation of wrong fuelling in a vehicle?

Who is living a stress-free life nowadays? People think they are the only one who suffers from worries and stress but in reality, everyone has hectic routine and schedule. How to overcome stressful life is not what we are going to talk about but bad situation causes by these problematic phases and wrong fuelling in the car is one of them.

There are two main reasons for wrong fuelling in vehicles one of them is for sure distortion and stress by work or daily routine while the second one is quite different. Many people purchase new vehicles or rented for travelling.

While they have a habit of fuelling as their previous vehicle, they accidentally put the wrong fuel in vehicles tank. Well, you call it an honest mistake or innocent it is your choice but the thing which is confirmed is if unfortunately, you have fallen into such type of situation, probably you are going to pay some big repairing bills soon.

Wrong fuelling is not a rare mistake as per a report in every three seconds there is a person who commits the mistake of wrong fuelling in its vehicle. So do not feel bad for yourself if you are suffering from this situation. However, be worried about what you did with your vehicle.

However, the wrong fuel in the vehicle is a common mistake but bill you are going to pay is unusual. It could cause severe problems to engines while in some cases you need to replace your whole engine. Yes, wrong fuel in a car is that much dangerous.

It is the most common type of wrong fuelling, the nozzle of petrol filler can easy fit in diesel tank as compared to vice versa. Not only this is the bad thing but also the real problem is filling petrol in diesel tank is real bad news and dangerous.

Diesel is not only a fuel for diesel engines but lubricates as well. When someone accidentally fills its diesel tank with petrol, he/she surely have to pay a lot for its mistake. Petrol diluted diesel, which means diesel loses its lubricating ability. By thin diluted and contaminated fuel diesel engine unable to stop working.

Petrol in a diesel tank affects the friction level of the diesel engine and causes severe damages to the fuel pump. Metallic parts of the engine rub roughly against each other due to high friction level caused by contaminated diesel.

Because of this situation, small metallic particles of the fuel pump and other part flow towards the engine and causes severe damages there. How severe it could damage is based on how long your engine is working after wrong fuelling of petrol in diesel tank. The more time it is, the heavier you pay.

The easiest way to get over by wrong fuelling situation

Yes, there isn’t any easiest way to overcome this bad situation. Once you have fallen in it, you are in deep problem. Not only you have to suffer but also pay a lot for it. However, there are few informative tips with which you can save your pocket and vehicle as well.

If you accidentally fill your diesel tank with petrol, it is suggested that not to start your vehicle at all. Turning vehicles engine on can pump and circulate contaminated fuel all over the engine which could cost you a lot by damaging the entire engine. While if you do not start your vehicle, polluted fuel remains in the fuel tank and your vehicle need just fuel drain service.