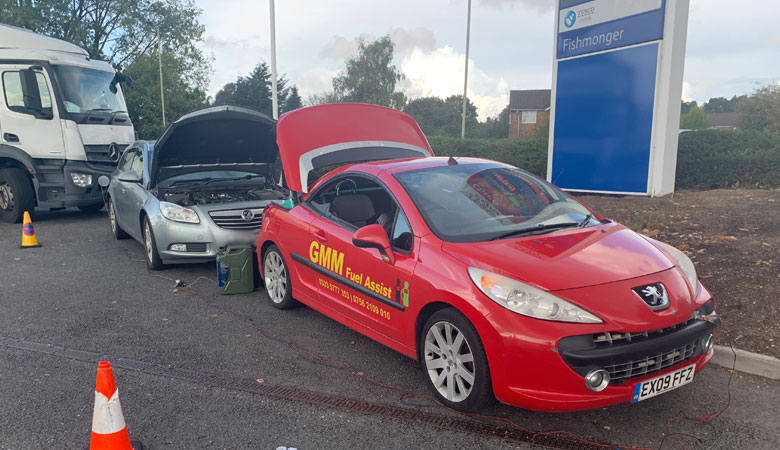 To what extent Wrong Fuelling is harmful for your engine?

Our wrong actions are sometimes so sudden that a little bit, our negligence leads to a catastrophe. It is an established fact that ignorance always endorses wrong decisions. The consequences of wrong fuelling are severe which end in unforeseeable consequences thereafter.

And it goes without saying that sufferings of our negligence are bitter as worded by someone that Suffering is the fuel in the engine of civilization. That is absolutely true and we also are happened to have such sufferings when we put wrong fuels in our vehicle.

This is also true that no one has this blunder intentionally and all this happens quite erroneously. And no doubt, not anybody else is going to suffer from it but only you are going to bear this brunt.

What causes the wrong fuelling?

Such sudden wrong happenings are the result of our acute negligence and utter oversight which lead to a detrimental impact on the engine and its ancillary parts. What happens when you put the wrong fuel in your car? Surely you have invited a loss to your vehicle as well as to Wallet.

Now you are stuck at the spot and sink into the ocean of thought what to do. A bit of your negligence or mind slip has dragged into such an onerous situation. Obviously, you cannot proceed further until and unless you get it repaired.

But you need not be panic as it is a little bit hard to be active consistently and sometimes overburden of works and some family entangled issues, compel you to have this negligence of wrong fuelling.

Tons of Motorists are doing this unintentional mistake

Research reveals that almost 23% insurance companies never extend coverage to it and it is also a bitter reality that more than hundred thousands of drivers do the act of wrong fuelling every year. A huge amount is expensed in the redress of the vehicle for wrong fuelling as there is no provision of such coverage in the breakdown policy.

There is no arguing that the usage of diesel is getting more weightage being more efficient and eco-friendly. Merely in the United Kingdom, with the passage of time, the diesel-based vehicles are increasing. But on the other hand, the erring of the wrong fuel is also increasing.

How severe damage occurs if you drive a car with the wrong fuel?

If you, after having wrong fuel in your car, drive it for some distance, it will cause severe damage. The best option in this regard is this that after such mishap, you just halt moving car any more. Better remove the ignition keys. It is reported by the experts that diesel in petrol is less injurious but better, even then do not drive the car to avoid some more complications.

However, petrol in diesel would certainly cause more damage to driving. Why is this so? When you drive the car with the wrong fuel i.e. petrol in a diesel, the engine parts strike with each other increasing friction and diesel adds it. The inflammable characters of the petrol cause dryness of the engine part. This causes severe suffocation and ceases the engine immediately.

Search for some help. The fuel pump attendants are quite helpful and they observe such happening daily. So they are well informed and can guide you properly. Try to bring your car some safe place by towing or best to your garage.

Now call the companies which are working on the wrong fuel. The mobile flushing service will flush out the bad fuel and refuel the right one. To happen mostly in the wrong fuelling of petrol in a diesel car, the reason being that the Petrol nozzles are smaller and can easily be fitted in the filling area.

Now the question arises how lengthy process of draining and refuelling is which most people ask after having wrong fuel. This spans over some hours as calling the rescue service, the arrival of it, drainage of the wrong fuel and refilling the right fuel, would need such time.

And after proper testing the car engine, you would be able to have it and drive. Hence, it is quite suitable to have an immediate call to the rescue service so that it could reach promptly and start their work. After perusing all the aforementioned discussion it is quite obvious that your minute mind slip or negligence while having fuel from the fuel pump, has put you in such a laborious exercise.

This has not only wasting your precious time but also your money too. So it is better whenever you are in the fuel pump area, discard all your other thoughts and just focus on the fuelling so that you can pay full concentration towards the process of fuelling into your car.