How Could We Prevent the Threat of Wrong Fuelling? 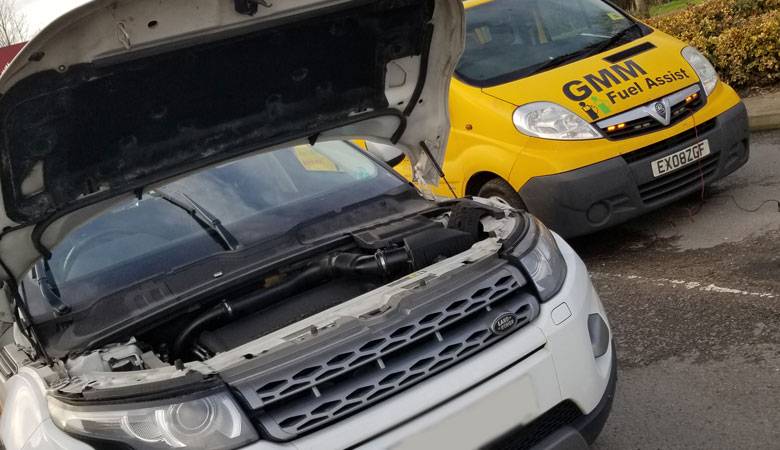 What to Do in the Bad Time of Wrong Fuelling

Wrong fuelling has become so evident that you often hear such incidents. One could say how it is possible. You happen to put the wrong fuel in your car when fuel pumps are now so standardised with the latest technology. Just for a moment ponder over the fact that current uncontrolled engagements and overloaded quantity of works lead to this wrong act of wrong fuelling.

Life has become so hectic and burdened with the quantum of routine assignments, maybe domestic or official, that sometimes our brain apparently skips performing accurately. Resultantly, our attention is diverted as for the execution of some particular job like that of having wrong fuel like petrol in a diesel, in the car.

Under these circumstances, a blunder is happened to jerk you. You come out of the ocean of thoughts and started thinking over the next action to be taken. Normally the quarries about this that are often asked, include; what should do now? Could the engine be turned on? Should the filter be changed, is it a huge mistake?

What repair is needed? What is expected damage to wrong fuels? How this should be tackled and so on. First and foremost thing you ought to do is to stop the engine at once and never ever try to start the engine. If you are going to ignite the engine, make it sure that you are inviting severe damages to your precious vehicle.

This will certainly damage the fuel distribution system and related supporting system also. One thing more, if you have put petrol in a diesel vehicle, it would run for some miles. The petrol vehicle would cease to run after some time.

On the other hand the older vehicle experience more damage due to wrong fuel even. The fuel pump is damaged greatly due to it. However, the petrol vehicle after having the wrong fuel will never start again until and unless the proper repair is not done. Though these might run for short distance but eventually will cease after some minutes.

It is no arguing that petrol is thinner than diesel and obviously more combustible. Though it could be drained even then you will have a lot of smoke after the restart. Very simply that the extent and degree of damage increase as driving with wrong fuel increases.

Now the question arises what kind of parts of vehicles would suffer due to wrong fuelling. The answer is very simple. Fuel pump, connecting pipes, fuel lines, filters and injectors would be suffered as a result of wrong fuelling.

The mobile unit if you succeed to have, would drain the wrong fuel and flush it but it is not able to change the fuel filter instantly. When you put petrol in a diesel car, petrol has solvent characteristics and does not lubricates the engine parts and produces friction inside. And if you drive a car with this situation to some distance, there would be severe damage.

As putting diesel in a patrol car is less harmful and not any severe damage occurs if the issue is controlled in time but on the other hand putting petrol in diesel car has severe consequences if you drive the vehicle in this condition. And as earlier detailed that this would have a detrimental effect over the engine and its parts. Even better not to put the keys in the ignition.

Your immediate response over the wrong fuelling or petrol in diesel should be first to stop the vehicle and never, never attempt to start it at any cost. The attendant staff of the fuel pump is quite helpful, so apprise them what has happened. Before this bring the car in neutral and bring the car by towing or some other convenient method to some safe location better to a garage if possible.

Immediately contract to your insurer at the earliest so that you could proceed further in this context. Normally the reliable breakdown extends a shelter to cover your vehicle so that it could be taken to the garage of your house. But bear in mind that draining, flushing and refuelling would have an additional cost.

Apart from it, it is generally seen that insurers cover the wrong fuelling of the car too but not all do it. And if you have this option, then you can easily avail the facility of draining and refuelling.

Instead of entangling into a complicated and inconvenient situation, the best thing is that you take due care on the eve of the fuelling process in your car at the fuel station. Be attentive and focus on the fuel matter.

Shed off all irrelevant fuss about trivial matters and fully pay active heed towards the fuel gauges. Make yourself attentive and have a look over fuel indicator and trigger labels of the pump. Better in case of a new car, for ready reference, fix label alarming you to avoid putting petrol in diesel.

In the end, we would recommend you that while on the eve of getting fuel into your vehicle, for the time being, stop thinking about the next assignment you have to perform whether having lunch or picking your children from the school. Likewise, avoid chatting with any person other than fuel. By this, you can avert the menace of the wrong fuel.