What if I mistakenly fill the wrong fuel in my car? Any chance to overcome this bad situation? 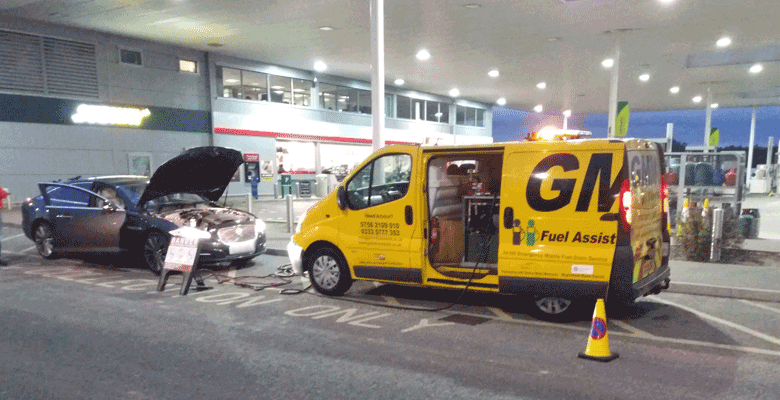 How can I get over by accident of wrong fuelling in my car?

No, you do not need to worry about your car engine because you are not alone in the UK who have made this mistake of adding wrong fuel to their car. There are more than 150,000 drivers in the UK who put the wrong fuel in their vehicles every year.

Hardly one per-cent out of those drivers who had their fuel injection systems ruined and out of those one per cent further 10 per-cent people face an engine replacement because of their negligence.

This is not a small number of people at all because they are roughly the same amount of people that live in Guildford. Therefore, you can say that every three minutes there is a driver who makes this mistake and you are far from alone if you think you have done something unusual.

What damage my engine can face?

It depends on the type of car and its fuel injection system, and it also depends on the mistake you have made, either it is diesel in petrol or petrol in the diesel. Both mistakes have different consequences and similarly, the level of the damage would be different.

There is another factor, which counts its weight in the possible level of the damage done to your car system, and it is the amount of the fuel you have added to your fuel tank.

Actual damage starts with the amount of the wrong fuel enters into your fuel stream and in this situation, our experts explain the possible things to do on the spot to save you from being smashed.  There are several things to do which are as follow;

What should I do when I realise my mistake?

Once you realise that you have made this serious mistake, simply do not panic and follow these easy steps to save you from any difficult situation.

Don’t switch your car on

You are also saving your car engine from being damaged. By not starting your vehicle engine, you are also restricting the wrong fuel into the fuel tank from where it can be easily removed by the wrong fuel fix experts.

The chances of the damage start increasing as soon as your fuel pump starts injecting the fuel into the system and it happened only if you start your engine with the wrong fuel in the system. This is the point where the likelihood of expensive repair increases to an extreme level.

What if I started my engine and drove a distance?

There are two situations now, either your car would stop itself or if it is still running and you realised the mistake, pull out, and switch your engine off immediately. If it stopped itself, then you would face massive repair bills and there is a likely chance that your fuel system got hit or maybe you could face an engine replacement as well.

A motorist says that it is not that easy to find the right nozzle for petrol or diesel and them often four to choose from every time they visit the fuel station. He also said that it is like a monopoly of fuel stations and wrong fuel fixing companies to cheat the motorists to earn money.

However, his opinion was totally based on an assumption according to our experts. Every fuel station has standards to follow on the nozzles and on the other hand, fuel nozzles are not of the same size and shape as well. They also have a massive colour difference to make them identifiable. A standard colour code used to differentiate diesel and petrol fuels.

A worried woman in a car

In case if you are a woman driver then it is an obvious case that you would get panic. It is not a situation to get panic but to face the situation brave heartedly. Follow the same steps described earlier but if you have started driving, simply pull over and stop at any safe place.

Call the towing service because calling the wrong fuel fix would not solve the issue now. Your wrong fuel has been circulated into your system. The intensity of damage would now depend on the range of factors explained earlier.

How to identify if I miss-fuelled?

You have the wrong fuelled and you didn’t even realise that you have made the mistake. There are a number of signs which can inform you about your mistakes and these symptoms include;

If any of these symptoms exits and you realised that the mistake of adding wrong fuel has been made and you might put the wrong fuel in your vehicle, calling a recovery service would be a wise decision and it could be an easy and cheaper option.

Petrol in diesel vs diesel in petrol

Putting a diesel in a patrol car is harder and it happens rarely. Why is it like that? It is because of the standard size of the nozzles of diesel fuel. Diesel nozzles do not generally fit into the petrol tank and it gives the petrol drivers some protection against wrong fuel mistakes.

Majority of drivers put petrol in diesel cars and petrol by nature has a feature of bleaching the things out, this feature in diesel cars done more damage than anything else.

Filling a car with a green petrol nozzle

As per fuel nozzle standards, petrol nozzles are slim and they can easily go into diesel tanks and can potentially damage your vehicle. By nature, diesel itself lubricates certain parts of the fuel system and keeps the system flowing smoothly.

On the other hand petrol, it does not have any lubricating features at all but more bleaching qualities are there. Petrol and diesel generally do not mix, one fuel floats on the other. As soon as the engine starts, it becomes difficult to remove this cocktail out of the fuel tank.

The likely costs of repair of my mistake

It depends that what mistake you have made, either you have injected diesel into petrol by using a jerry can or from any local and low standard fuel station. Alternatively, you have put petrol in your diesel vehicle by mistake.

Assume that you have played it really safe and stopped your car engine in time then called the recovery service to take you to your garage or in case of a new car to your dealer. The cost of repairing your vehicle would not be in fewer pounds at all, it would be hundreds of pounds.

If you got your engine damaged then this cost of repairs would turn into thousands of pounds and you might face an engine replacement as well. Again it purely depends on the piece of the car you wrecked, either it is a damaged fuel delivery system or a fuel pump or both of them have been damaged or your fate found you more than unlucky and you had a damaged engine, fuel system and fuel pump at the same time.

There are all the bad tales now. A small amount of wrong fuel into the fuel tank has pulled you a long way and now you have to pay for every single drop you poured into your fuel tank.

There is also good news for you if you only put a pint of petrol in your diesel car, you might get some relief by calling wrong fuel assist services and they will remove all the fuel from your system and replace it with the actual correct fuel from just £100 to £400 depends on the size of your vehicle.

Therefore, this is not recommended at all that you realise the mistake and keep moving to find a safe place to stop. Just pull over, switch your engine off, pray for some luck there, and call wrong fuel assist.